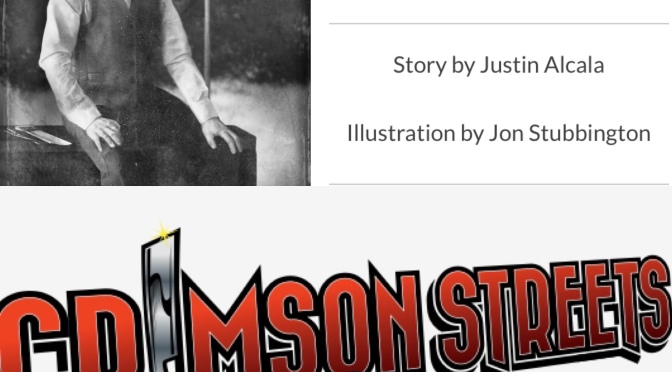 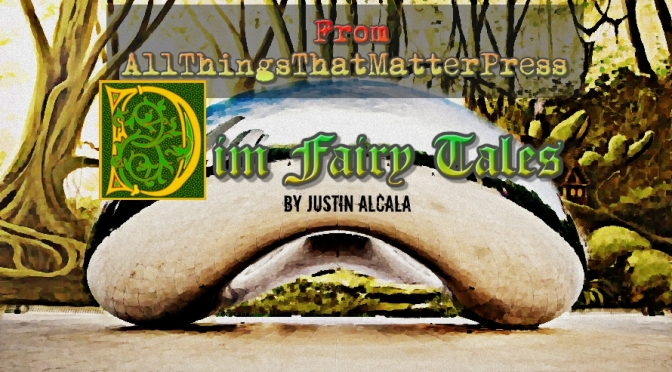 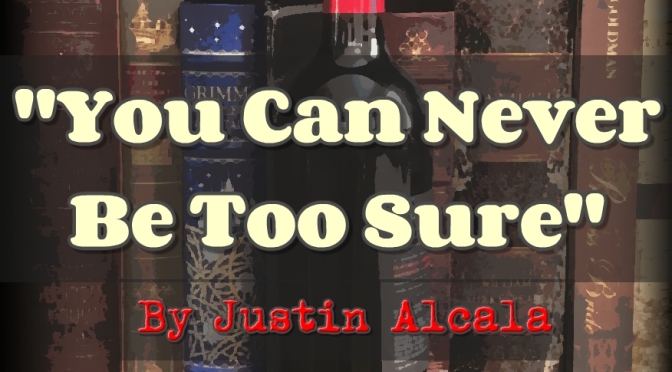 END_OF_DOCUMENT_TOKEN_TO_BE_REPLACED

Coming October 2021: Death needs a vacation. There’s only one catch. Who’s going to do his job while he’s out? The answer is simple. Death needs to hire an intern. So, with the help of his I.T. Guy, Jumbo, the two look for a qualified candidate. It doesn’t take much to learn that their prospect, Buck Palasinski, could have what it takes. He’s a Chicago hitman that’s just been killed on the job. If they bring Buck back from death, he’ll have a few weeks to prove that he has what it takes to be Death’s right-hand man…that’s if he can kill the Underworld’s Public Enemy Number One, John Dillinger.

Check our my latest creepy short just in time for Halloween.

It was a stormy night at the Steamy Beans cafe. Crackled jazz played from faulty speakers. Nikki cleaned the register glass shielding leftover sandwiches. Steve pretended not to watch her from a back table, shuffling student papers while staring at his smartphone. He’d finished grading papers an hour ago, but didn’t have anywhere to go. His entire life revolved around being a professor.

Steve snuck another glimpse of Nikki from the corner of his eye. She leaned over the table, her slender arm stretched over to the tip jar. She collected the few lone singles Steve bequeathed on his first, second, and third round of pumpkin spice latte. She looked up at Steve. Their eyes met and she smiled. Steve beamed widely, resting his hand on his arm, and promptly knocking over his coffee. His graded papers drank up the river of pumpkin spice. Steve hurried for dispenser’s napkins, dabbed…

It’s the spooky season, and Covid has created a need for scary books, but holy smokes, they’re expensive. That doesn’t seem fair. So, it’s time to flip things around. For a limited time, I’m offering a few short stories and books for free, and another set at discount price. Check them out below and enjoy. Some are online magazines, others Kindle based. All are for your enjoyment. Happy Halloween!

A Horse for Us All

Killian Black is a ruthless highwayman on his last shilling due to a treacherous epidemic in eighteenth century England that’s forced everyone into hiding. Luckily, he’s heard rumors of a royal convoy riding from the King’s country estates, a score that’ll replenish his pockets and pay for his many vices. The only catch, his informant can’t confirm that there’s riches in the royal carriage, so it’s up to Killian to investigate.

Buried in the Rain

Steve is a stuffy professor down on his luck, grading papers on a rainy night at a coffee house. His only excitement are the glances from his crush, the barista, Nikki. Then something strange happens. While Steve reads about a possible killer in the area, a teary eyed girl appears in the entrance of the lonely cafe. Steve tries to comfort her, but scares her back into the stormy street. Torn, Steve pursues her through the bleak weather, beginning a chase that takes him to a broken house in a bad side of town, and ends… in blood.

A Forest Only Whispers (99 cents)

A Forest Only Whispers is a romantic witchcraft story about Melissa, a contemporary witch that lives with her mother and Nanny in a charming New England village. Years ago, her high school boyfriend, Rían, disappeared in the nearby woods, and since then Melissa has never been the same. Now a college student, Melissa spends time with her family, the O’Phelans, her coven sisters and best friend, Hellwise. While the story starts off with a simple family tradition of baking Nine Maidens Pie during the Autumn Equinox, the reader learns that Melissa is sneaking off to join her sisters in praise. As the plot continues, Melissa joins her modern day coven as they go into the legendary Limingdover Woods, where Rían disappeared.

Sergeant Nathaniel Brannick is trapped in Victorian London during a period of disease, crime, and insatiable vices. One night, Brannick returns from work to find an eerie messenger in his flat who warns him of dark things to come.

When his next case involves a victim who suffered from consumption, he uncovers clues that lead him to believe the messenger’s warning. Despite his incredulity, he can’t help but wonder if the practical man he once was has been altered by an investigation encompassed in the paranormal. That is, until he meets the witch hunters, and everything takes a turn for the worse.

This Page has been brought to you by: “Add an Eye” Proofreading

Get your FREE Amazon Kindle copy today through Saturday, October 10th. Join Ned, his miniature hellhounds, nerd-minions, and book-witch girlfriend, Chelsea, as they try to save Chicago from the corporate warlock. Hilarious, fun and supernatural adventure just in time for Halloween.

It’s been a fantastic literary year for this nerd (amidst the real life horror). I want thank all of the great supporters including readers, interviewers and fellow bloggers. I can not, nor want to, do this without you. On that note, take a look at all the recent titles from 2020. The year has been frightening, but hopefully the books will merely give you a fictional scare.

Beyond the Levee and Other Ghost Stories Anthology: “It Dances Now” by Justin Alcala

DLG Publishing Presents: “A Forest Only Whispers” by Justin Alcala

On Time Anthology “Time Will Tell” by Justin Alcala

On that note, please, be safe, healthy and happy. Read books and make life as cool as you deserve.

Check Me Out on My Latest Podcast Interview, “Were You Still Talking?”

“The BEST proofreaders in the market.”

When you’re an author, you dream of signing w/ a publisher like The Parliament House. They have knowledgable editors, an intuitive market team and a creative process for getting your book the attention it deserves. That’s why I am excited to say that my absurdists-urban fantasy novel, “A Dead End Job,” has been deleted by this great publishing team to hit the pages between 2021-22. Stay tuned for more electrifying details about Buck, an ex-hitman interning for the Grim Reaper, soon.

“A Dead End Job” was initially proofread by the powerful “Add an Eye” editing team. If you’re working on that first great novel or need someone to edit your written presentation, look no further. I used Add an Eye services for “A Dead End Job,” and it helped make me a finalist for the Speculative Fiction Writer’s Award in 2019. Since then, I’ve never looked back. Try them today, and see where their skilled eye can help your writing. https://addaneye.com

Checkout my interview on WERE YOU STILL TALKING w/ Joel Albrecht. We talk nerdy, discuss the great author pantheon and ponder whether Antonio Banderas can play any part without being super McSexy.

You deserve a free story! Check out my short work, “The Dilemma of Old Furnaces” on Please See Me Magazine’s “Heroes” issue. The online magazine’s mission is to elevate the voices and stories of vulnerable populations, and those who care for them. At the heart of their publication is the cultivation of meaningful patient–provider partnerships in the spirit of wellness. So please, sit back and enjoy. This one is for our medical heroes, the sick but brave patients, and any other readers who just need a retreat into their imagination.

The Dilemma of Old Furnaces 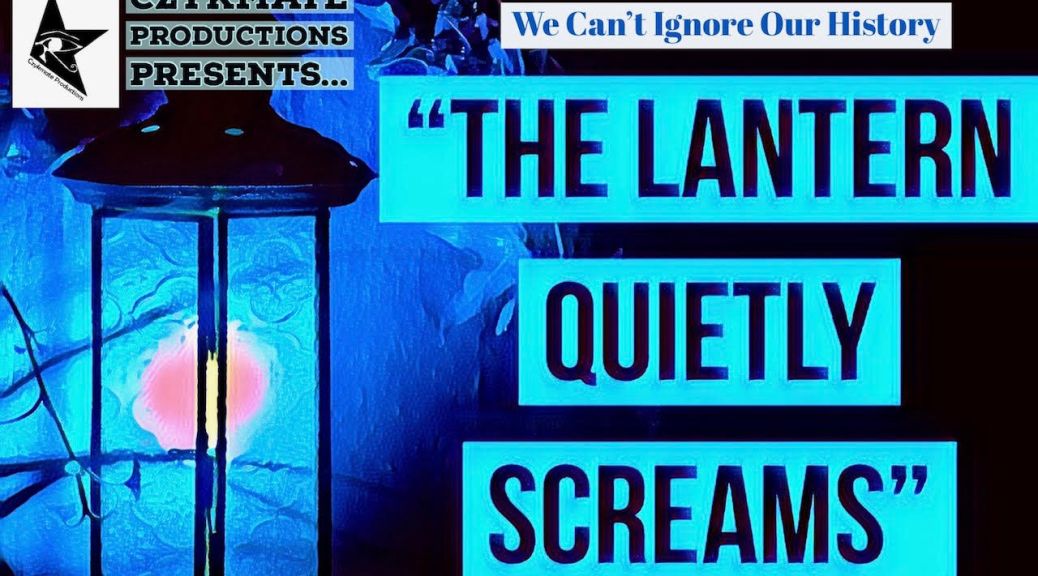 Who doesn’t love to be scared? Check out my latest short ghost story, “A Lantern Quietly Screams” in the 101 Proof Horror anthology by Czykmate Productions/Haunted MTL. There’s so many talented authors in this book of horror, it’s scary.

When four history students researching the Underground Railroad can’t find records on the old network near the Blue Ridge Mountains, they put out an ad in the paper. Luckily, an archivist, and descendent of a former slave-gone-guide, agrees to drive up to tell her grandmother’s tale. However, as the group waits along the base of the dark mountain, ghostly lanter lights flicker in the wood line. Will their source arrive before anything happens? Only time will tell.

Need a reliable proofreader or editor for your short. Look no more. Check out Add an Eye editorial services. Their charming, elite staff are the best. I use Add an Eye for all my editorial needs.